A woman's egg cells are located in the ovaries. Each month, a mature egg cell leaves one of the ovaries. This is called ovulation.

If the egg is not fertilized, the woman will not get pregnant. Mucous membrane and blood will flow out of the uterus into the vagina and out of the body. This is called the menstrual period (menstruation).

A menstrual period takes approximately three to seven days. The duration is different for every woman. After that, a new mucous membrane begins to grow again and a new cycle starts.

The menstrual blood can be contained by various means. These include sanitary towels, tampons, menstrual sponges or a menstrual cup.

Woman standing. The focus is on the internal sexual organs.
Listen

1. The egg cells are stored in the ovaries.
Listen 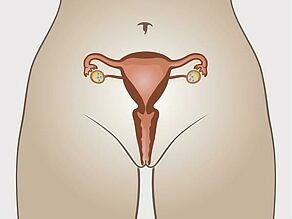 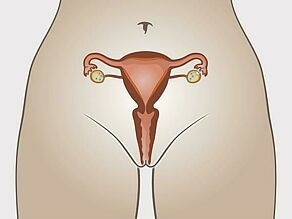 3. The fallopian tube transports the egg cell to the uterus. The mucous membrane in the uterus thickens.
Listen 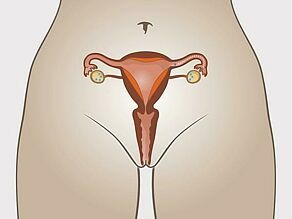 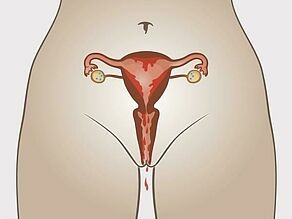 Menopause: The end of menstruation

Starting from around 45 to 55 years old, women will stop getting a menstrual period. The exact age is different for every woman. The time of the last menstrual period is called menopause. After this, the woman cannot get pregnant anymore.

Some months before menopause, the menstrual period is irregular. This period of time is also called menopause. Menopause can last anywhere from several months to several years. Even during menopause, a woman can still get pregnant if she does not use contraception. You can consult your gynaecologist about this.

During menopause, the production of feminine hormones changes. Some women experience discomfort during this time, such as hot flashes, mood swings, insomnia, difficulty concentrating, headaches and fatigue. The vaginal mucous membrane becomes dryer and more vulnerable.

Some contraceptive methods prevent the mucous membrane from growing in the uterus, or prevent an egg cell from maturing (ovulation). These include some contraceptive pills and the hormonal IUD. In this case, the woman does not bleed or bleeds very little.

You can get pregnant during your menstrual period. If you do not want to become pregnant, you should use a contraceptive method.

Unprotected sexual intercourse during your menstrual period can make it easier for you to get HIV.