Who can have sex with whom and from what age?

In order to protect children and young people, there are particular laws governing the age at which young people can legally have sex. "sex" not only means sexual intercourse here, but also other sexual acts such as petting or French kissing.

There are 4 different levels to the age of consent: 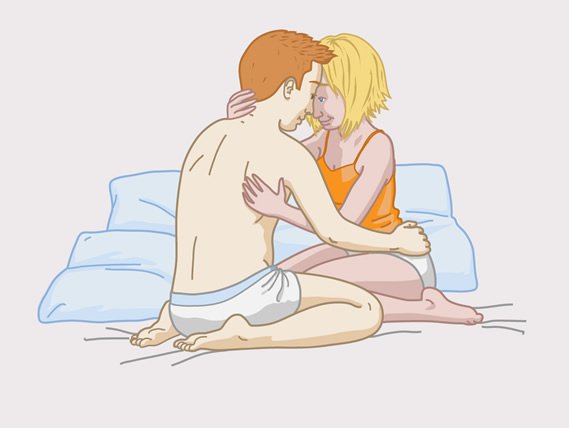 In Germany, it is forbidden for adults or young people to have sex with children younger than 14. If adults and young people do this anyway, they become liable to prosecution.

If two children engage in sexual acts with each other, they will not be punished. This is because under German law, children younger than 14 have not yet reached the age of criminal responsibility.

Young people aged between 14 and 16

This means, for example, that teachers, trainers, youth care workers and foster parents are never allowed to have sex with young people under the age of 16.

Young people aged between 16 and 18

From the age of 16, young people are generally allowed to decide for themselves whether they voluntarily want to have sex, with whom and when. They are only not allowed to have sex with children.

However, adult men and women who teach and train young people (so teachers, trainers, youth care workers and foster parents) become liable to prosecution if they have sex with young people under the age of 18 and exploit the fact that the young people are dependent on them as their teacher or trainer.

Adults aged 18 and over

People aged 18 or over are considered to be adults in Germany. They can therefore have sex with other adults if both people consent. However, sex between adult siblings and sex between parents and their adult children is forbidden.

When to have sex for the first time