Put on a condom before penetration. Do it in the following way:

Check that the expiry date has not yet passed. Only use condoms with the CE quality label on the wrapping.
Listen 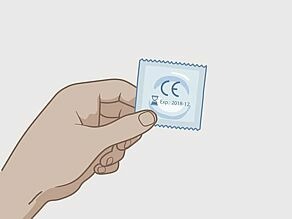 Tear the pouch open. There is a small incision on one side of the packaging to help you.
Listen 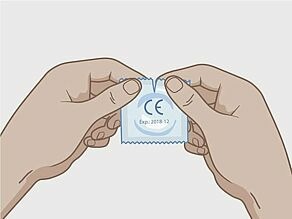 Squeeze the tip of the condom to leave room for semen and put the condom on top of the penis.
Listen 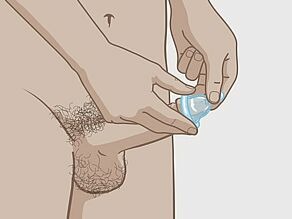 Make sure the rolled-up rim of the condom is on the outside. Roll down the condom over the entire penis so it does not slip off.
Listen 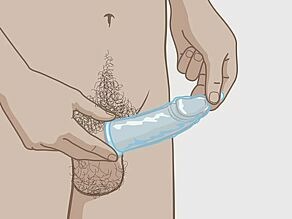 The condom is ready for use.
Listen 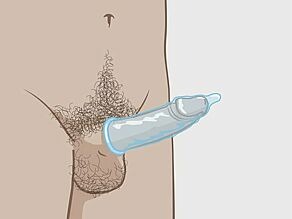 After ejaculation, take the condom off the penis while it is still hard.
Listen 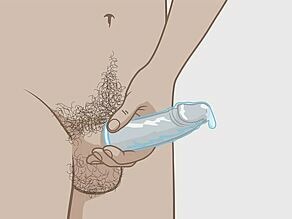 Hold the condom at the rim and make sure no semen leaks out.
Listen 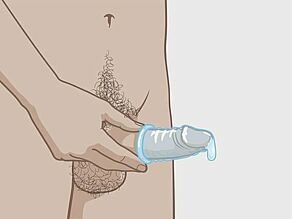 Tie the condom in a knot to prevent semen from spilling out. Throw the used condom in a bin.
Listen 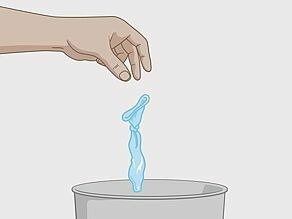 Only use the condom once.

Condoms are available in different sizes, depending on the thickness of the penis. The condom should not be too tight or too loose.

Do not use 2 condoms at the same time. The condoms may tear.

You can buy condoms in a pharmacy or supermarket. Sometimes you can also find them in other stores, bars and nightclubs or vending machines. Some organisations offer condoms free of charge.

More topics related to How to use a condom