The visible (outer) sexual organs in women are also called female genital organs or the vulva.

Woman lying down with her legs spread. The focus is on the visible sexual organs.
Listen

Woman’s visible sexual organs are: 1. outer labia, 2. inner labia, 3. opening of the vagina, 4.clitoris. Urinary meatus (5) and anus (6) are not part of the sexual organs.
Listen

The urinary meatus and the anus are not sexual organs.

Every woman's vulva looks different. The appearance of the vulva is not important for its function. 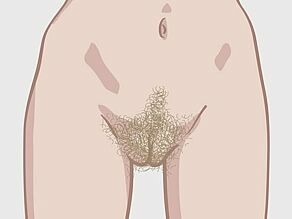 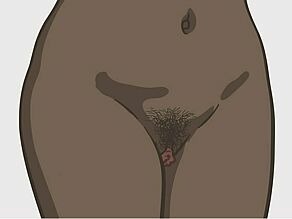 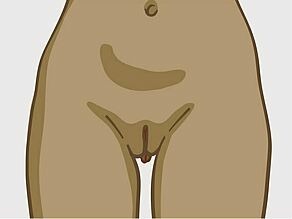 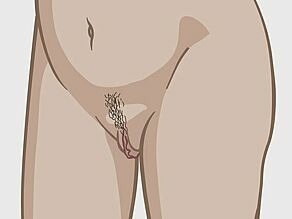 Labia and the entrance to the vagina

The labia are lip-like skin parts. They protect the vagina, the clitoris and the urinary meatus.

Women have two pairs of labia:

The entrance to the vagina lies between the inner labia.

The clitoris is a very sensitive organ above the opening of the urethra. The clitoris lies at the point where the inner labia come together at the mons pubis.

The clitoris is the woman's most important organ for sexual arousal. For many women, touching or stroking the clitoris will lead to orgasm.

Detail of the clitoris with: 1. the visible button-like part, 2. the larger internal part with 2 branches.
Listen 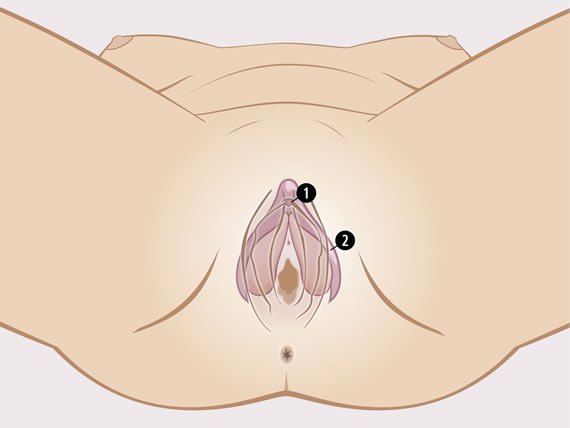